This post contains affiliate links to various products. As an affiliate, I earn from qualifying purchases at no extra cost to you. To find out more, you can read my disclaimer here

My husband and I got married in 2017 on the most popular wedding day of that year, October 7, 2017 (10+7=17). We immediately wanted to have kids once our Disney World honeymoon was over.

On Christmas Eve of that year, I found out I was pregnant. It was extremely exciting, especially to find out on a holiday and share the news (even though it was early).

Two weeks later I found myself in the emergency room at the hospital at only 8 weeks pregnant with a subchorionic hematoma (bleeding) which only happens in 1% of pregnancies.

That eventually (and luckily) went away on its own but was unknowingly just the beginning of a crazy journey through pregnancy and postpartum. Everything was going well, for the most part, I had all my regular doctor’s appointments, and it was exciting to see the first ultrasound and heartbeat.

It almost doesn’t feel like it can be real that that little heartbeat really exists. I am a super planner and like to get everything done early so we had our baby furniture, a baby registry, and a baby shower already planned. 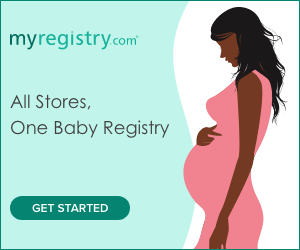 We celebrated Mother’s Day that year at my house and had a fun time, but little did I know what was going to happen 3 days later.
I woke up on a Wednesday and something didn’t seem right immediately. At 24 weeks along, it had felt like my water broke, however, it felt too shocking so I didn’t believe it.

My friend was pregnant at the same time as me and only 2 weeks ahead of me so I immediately texted her and told her what had happened. After that, I called up my doctor’s office and they wanted me to come in immediately.

Once I got there and they did all their testing, they confirmed that my water did break and I had to get over to labour and delivery ASAP. I was obviously in tears and didn’t know what to expect so I didn’t go home first and went straight to the hospital.

My husband was at work and he isn’t allowed to have his cell phone with him, so it was difficult to get in touch with him, but I eventually did. He left work and met me at the hospital, where we met with so many doctors and specialists it was overwhelming.

What they told me was I was going to be living at the hospital for the next 9 weeks or until I have the baby. That alone was shocking and emotional, never mind all of the information we were about to get from the NICU doctor explaining what MAY happen when you have a premature baby. I had not made any arrangements for the baby nursery or even clothes. It was all quite overwhelming.

After we learned all of the complications that can happen and medical issues it was very intense. Many friends and family members visited me throughout my stay and made my room feel like a home.

Twelve days into my stay I began to have contractions around the clock. The goal was to keep me pregnant for as long as possible, so I had to have three rounds of magnesium to stop contractions and labor.

It worked; however, it makes you feel like your body is on fire from the inside out. In total, I stayed pregnant for 17 days from when I was admitted and then on June 2nd it was time.

I woke up at 5:00 am and it felt like a “normal” day, as normal as you can feel while living in a hospital. Things quickly changed and 20 minutes later I was definitely in labor.

I was only 27 weeks and 2 days pregnant, so my room immediately filled up with at least 15 doctors and nurses from labor & delivery and the NICU (newborn intensive care unit).

Related
A Successful Birth Story of a Preemie ICSI Baby

I was then wheeled into the operating room for a classical c- section. Addie was born at 6:50 am weighing 2 lbs 5 oz and only 13 inches long. She was not breathing on her own so they held her up for 5 seconds so I could see her and then put her in a plastic bag (to keep the micro-preemies warm), intubated, and taken away to the NICU floor.

As you can imagine this is a lot to process, having a c-section, having a baby you can’t see, and being a first-time parent. It was not until maybe 4 hours later that I was able to be wheeled in my hospital bed up to the NICU to see my baby who was living in an enclosed isolate connected to a bunch of machines.

We met her primary nurse who was so welcoming and amazing. She answered all of our questions and taught us about all the medical terms we would need to know. She was a great resource for us.

It was hard to feel a connection first because I didn’t even get to touch or hold my fragile baby and spent time healing down in my maternity room.

Each morning I was there I would go up for “rounds” where all the specialists would meet to discuss her medical needs and plan for the day.

She was on oxygen, had many IVs, lots of blood draws, and required phototherapy. It wasn’t until I was discharged three days later where everything hit me that I would be going home without my baby and I cried for a long time.
Neither of us got to hold her for the first time until she was 6 days old.

We spent the whole summer in 2018 in the NICU, and even part of the fall. They warn you at the very beginning of your NICU stay that it WILL be a rollercoaster ride with lots of ups and lots of downs, and they were 100% correct.

Two weeks into her NICU stay she went from being on the oscillator (very high powered oxygen) to being on CPAP (less extreme oxygen, which uses a nasal cannula instead of a tube down the throat). We were so excited we thought we would be out of the hospital in no time.

Well, this was part of the rollercoaster because 10 days after that she was not doing well and back to being on 100% oxygen intubated.

To give you perspective, we breathe 21% oxygen daily, and too much oxygen is not good for you. Luckily, she eventually came down on her oxygen levels to a less scary amount.

We kept asking “what does she need to do to get healthy?” and the answer is “she needs to grow.” Let me tell you, it feels hopeless at that moment because growing takes a long time!

One of the things that got me through the stay was using NICU milestone cards. They offered something to look forward to and feel accomplished about.

Towards the end of the NICU stay, we were extremely antsy to get out of there. It had been months of going back and forth to the hospital multiple times a day AND still continuing to work.

We didn’t have our newborn at home yet, but it was equally as exhausting. Addie had to have eye surgery during her stay so she didn’t go blind from all of her oxygen requirements.

Taking her first bottle, at 3 months old, she was a rockstar. Even the nurses were shocked she drank the entire thing the first time with her history.

We went home with our many oxygen tanks scattered throughout the house, but she did amazing and was off oxygen after 1 month of being home.

Between the both of us I was at the hospital 140 days that year.

Addie is now 3 years old and despite being born 13 weeks early, she is doing amazing and you would never know she was born early.

When Addie was 1 year old we decided to try for another baby and got pregnant immediately. Although we were both on edge the entire pregnancy, I made it to my scheduled c-section at 37 weeks.

We were excited to experience a “normal” pregnancy because it was much calmer, however, my son decided he couldn’t let Addie be the only one with a NICU stay.

My early full-term newborn swallowed a gulp of fluid on his way out and ended up intubated in the NICU as well!
It was like déjà vu and most of the doctors and nurses remembered us. Levi ended up getting a chest tube put in the day he was born and I was just in shock that I was reliving all of this all over again.

Luckily, he healed really fast because he was so much more developed and we only had to stay in the NICU for 11 days.
It was, however, in March of 2020 right when the pandemic started so that added a lot of stress and drama.
Everyone is doing great and is very healthy, but after two NICU stays I’m not taking a third chance.

Chelsea Wilson is a mom of two who also works full time at home. She started a blog to help provide information for other moms going through parenthood. You can find her blog at The Best of Blog

You can reach her on her social media :

A Successful Birth Story of a Preemie ICSI Baby

Your Support is Much Appreciated

Buy Me a Coffee

Manage Cookie Consent
To provide the best experiences, we use technologies like cookies to store and/or access device information. Consenting to these technologies will allow us to process data such as browsing behaviour or unique IDs on this site. Not consenting or withdrawing consent, may adversely affect certain features and functions.
Manage options Manage services Manage vendors Read more about these purposes
View preferences
{title} {title} {title}